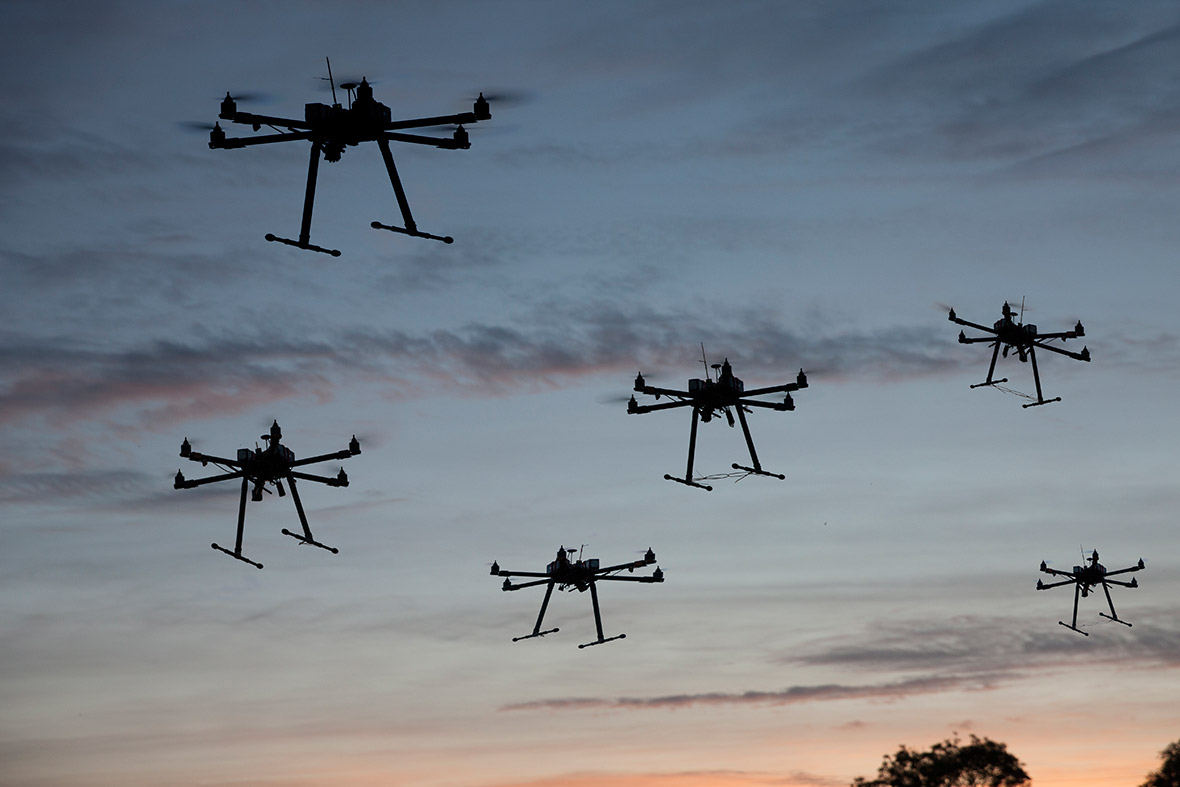 If you thought that having helicopter drones flying around delivering packages was a scary concept, then you won’t be very happy to learn that the US military is seriously considering enlisting the help of tiny robot quadcopter drones in warfare.

The US Navy is now testing a cannon system that launches 30 small robot drones into the air in less than a minute. The drones are able to fly in formation for 90 minutes in order to complete missions and are designed to overwhelm an adversary.

Google is also keen to get involved in swarm robotics – on 14 April, the US Patent and Trademark Office granted Google a patent that allows it to link together and control a large group of robots using the cloud, with the intent of having the robots work together to complete tasks.